Living in the Moment

November 09, 2015
Some months ago, in a flurry of over-sharing and passing on information to those within the Lit Industry, I happened upon an exciting opportunity. After duly sharing it with all and sundry, the tiny soul named, Do It who perches on my left shoulder and is in constant opposition with the joker on my right shoulder called, Don't Do It, suggested I 'give it a go', too. 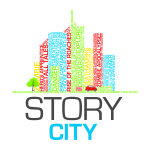 So very much along the same line of thinking as the awe-inspiring, Dee White (you can read about her quests to expand her writing prowess, here), I submitted a proposal to become one of three Gold Coast writers to join the Story City team.

Story City is an exciting interactive online storytelling experience that allows the reader to become fully immersed into the story. Like the perennially popular choose your own adventure style of books, where the reader makes the decisions and picks the paths the story takes, Story City users are in complete control of their destiny and thus, the story's outcome. The unique thing about this experience is that it uses Geo-caching techniques that allow the reader to choose not only the direction of the narrative but also literally the actual direction to the next location the story takes place in. Several stories by a gamut of uber talented Aussie authors are already operating in Adelaide and Brisbane. 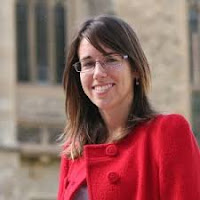 The application was straightforward enough albeit exacting. The idea was captivating. The time frame for completion insanely tight. The execution...well I'd worry about those technicalities later. I mean, it wasn't like I was going to land the prize or anything, was it? Besides, I had plenty to occupy my storyboards with. In fact I was just approaching that lead-boot-sinking feeling stage with the writing commitments I had on the go at the time.

Therefore when the exuberant, Emily Craven announced I'd made the cut, I was suitably chuffed and equally mortified. What did I know about writing locative fiction - creating digi stories - crafting choose-your-own-adventure-style tales to appeal to young and old? I normally struggle to produce one plausible ending let alone eight. (The fact that I began with 13 endings and an impossibly convoluted number of story branches is a whole other story.) Wisely, Do It advised me to keep these concerns to myself and just get on with it.

So, many, many long (really) long nights and days later, here is the result...well an invitation to experience the result once it goes live in December 2015. 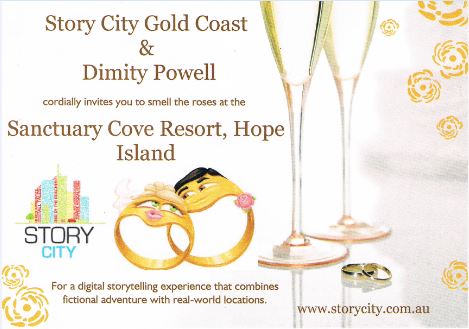 My story, The Chapel of Unlove is a spoof-inspired satirical romp around Sanctuary Cove, northern Gold Coast, in search of a pair of missing wedding rings and a way to avoid ending up with Elvis as your father. Fun and frivolous, one thing is for certain, it's YOUR adventure. I encourage you to live it, like I did.

Do It girl and Dee were right; taking a chance, having a go, stretching myself (and my family) beyond breaking point and back again was not only immensely challenging, it was also hysterically the best fun ever. Would I 'choose' to do it all over again? You bet.

Angela Sunde. said…
I simply cannot wait! Congrats to you and your awesomeness.
9 November 2015 at 12:26

DimbutNice said…
Ah thank you lovely one. It's been such a fun and invigorating experience. I can't wait to 'live' all over again, either. :-D
9 November 2015 at 12:39