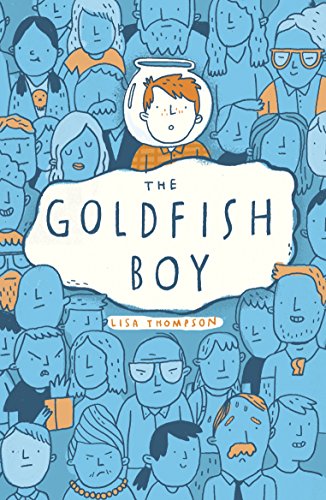 Twelve-year-old Matthew Corbin is your regular pre-teen boy living in an unspectacular cul-de-sac deep in British suburbia. The major difference between him and the other inhabitants of Chestnut Close however is the state of his red-raw hands and tortured mind and the fact that he barely steps outside his terraced-home second story bedroom. Matthew is afflicted with severe Obsessive Compulsive Disorder, OCD and can barely function as a result.

From his fishbowl vantage point, Matthew keeps track of his neighbours, dutifully recording their every movement, their comings and goings, and their habitual rituals in his notebooks. In this way we are introduced to the residents and their characteristic irks and quirks from the get go in a way that is both intriguing and comical. Matthew’s observations allude to his condition; he is both analytical and detailed in his approach. The orderliness of his notations suggest a mind used to repetition and accuracy, an intense desire to ‘get things right’. In his words, he notices… a lot of things from the window. This line alone establishes an air of expectation and mystery. Older readers are reminded of similar mystery set-ups; Hitchcock’s Rear Window for instance, while middle grade students are drawn in by a sense of something not quite ‘normal’.

As Matthew’s summer drags on and his compulsions to clean dominate his existence, he grows more and more removed from his old life, a life where he went to school, enjoyed family gatherings, had a best mate and never thought twice about sharing a meal with his mother and father. Now, every second of his day is consumed with crippling anxiety and an unfettered fear of germs. He obsesses about falling ill. If that should happen, what follows might destroy him thus his compulsion to expel any and all possible germs causes him to wash and clean and wash and clean without respite.

His parents are at a loss to help, caught between a need to repair their boy and fast track a return to normalcy. They fail to understand that their first born son, the one that survived, is acting on impulse triggered by a deep-seated trauma; the loss of Matthew’s baby brother. 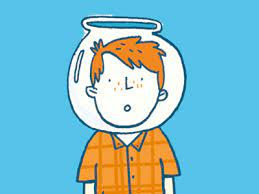 When Matthew is the last person to see the toddler visiting next door, he is inextricably drawn into the mystery and drama of the child’s unexplained disappearance. The neighbourhood is on high alert and the goldfish boy is compelled to use his heightened powers of observation to solve the mystery. It is a combined sense of accountability, visits to the psychologist and rekindled friendship with Jake and Melody that gradually entice Matthew out of his bowl of mental confinement and back into a more manageable world.

For those familiar with my own attempt to fathom and portray OCD through my picture book, Oswald Messweather, you will appreciate the greater depth of detail a novel like The Goldfish Boy allows. Thompson makes understanding this debilitating condition more accessible for young readers by giving Matthew room to explore his condition, acknowledge it and ache openly in front of us until like Matthew, our hearts contort with desperate misery, consuming compulsion and wrenching understanding. This is an emotionally reflective tale for sufferers of OCD yet it is also assuring and hope-filled. 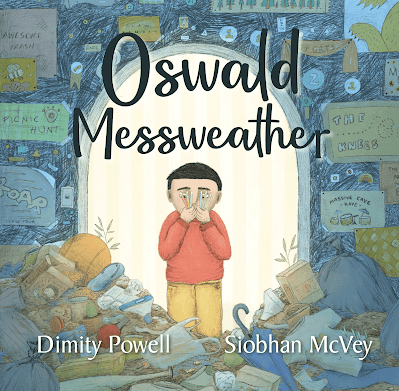 As Oswald intimated, children as young as six can be afflicted with this condition. The triggers vary but misunderstanding and trauma can often manifest in such ways that to offset the belief that dreadful things will happen sufferers perform tasks uncontrollably again and again. The significance of Matthew’s utter exhaustion brought on by maintaining such rigorous routines mirror Oswald’s and made me weep.

One needn’t be impaired with OCD to appreciate Matthew’s torment. Nor does one have to be a lover of mysteries to enjoy this tale. The Goldfish Boy transcends a banal adventure tale. It embraces kids suffering with social issues that are bigger than their understanding. It suggests friendships remain in our hearts long after the initial cup of tea that incited them has grown cold. And most poignantly of all it spotlights an urgent need to better recognise the behaviours of our youngsters as indicators of their mental wellbeing not just reflectors of their immediate situation. The Goldfish Boy is definitely one on my recommended reading list for young and old.

Norah Colvin said…
Your review makes this compelling reading, Dimity. I'm wondering how similarly many of our children may be feeling in these days of lockdowns and intensity around hygiene and social distancing. We are being pushed apart when closeness is what we seek.
10 August 2021 at 21:41

DimbutNice said…
Norah, so very true. This is a gut wrenching read for adults who are also afflicted by such anxieties and emotional swings. It is candid and raw yet, being for MG readers, also uproariously funny and real. I am pretty sure that because of the fascinating web of characters Thompson weaves this story around and through, nearly all of us will connect with it on some level. It certainly resonated with me. Do try to source it for yourself. D x
10 August 2021 at 21:53