New Year's News - Sneaking a peak at what's to come 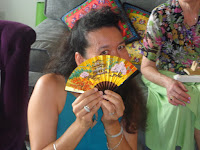 The race to Christmas felt more frenetic than a skyful of reindeer on a gingerbread sugar rush so in an extreme effort to replace the usual SE Queensland Christmas glitter and heat, I headed overseas to the only equatorial city on earth that could celebrate Christmas with even more glitter and heat, Singapore.

Not as bad a choice as you may think. There were sites a plenty to keep us goggling well into the fairy-light encrusted evenings, cheap local delights to banish every sensation of hunger, and enough chilled department stores pumping out Michale Buble carols to remind us what time of year it was.

But 'dreams and schemes and holidays must always have an end' and as another summer of  magnificent holidays melts into a new school term and a new full year, I pause for thought. There's a heck of a lot about to happen and a lot that has already happened in Dim's world of words. Here are some of the more 'wow factor' ones that it's about time I made a bit of a big deal about: 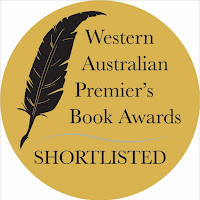 Norah Colvin said…
Congratulations, Dimity. What wonderful successes. Persistence does pay off. I'll have to travel Virgin to view your book app! I thoroughly enjoyed The Fix-It Man Trailer. Looks like an awesome book. Can't wait to get my copy. Best wishes. N.
30 January 2017 at 21:11

DimbutNice said…
Ah Norah, you are a treasure and worthy recipient of my picture book. :-D I love your love of story and can't wait to share more with you. And yes, tenacity is key.
30 January 2017 at 21:31