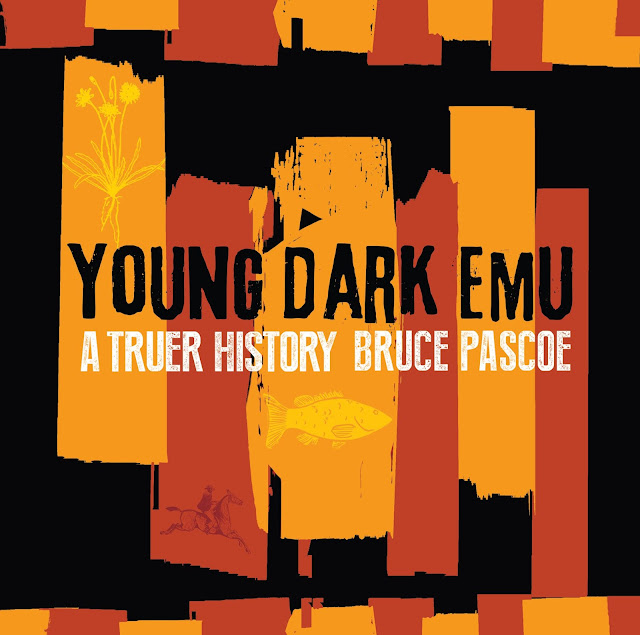 For those of you who are not familiar with Dark Emu, this younger reader rendition by Bruce Pascoe will soon bring you up to speed. Young Dark Emu: A Truer History not only depicts Australia’s pre-European colonisation, it gently prompts school-aged readers to consider a different version of this history.

It’s a common, long-held (mis)conception that Aboriginal Australians were a nomadic people living serendipitous lives at the mercy of the land and its inhospitable climate; views that often equate to an uncivilised, lowly race incapable of sustaining long term civilisation. It turns out, nothing could be further from the truth.

Using documented, personal eyewitness accounts secured from the records and diaries of the first European explorers and settlers, Pascoe reveals the true nature of Australia’s Indigenous occupants. It’s a fair dinkum coin flip for this information documents the numerous ingenious ways Aboriginals not only harnessed the best qualities of the land they inhabited but also how they utilised them to forge sustainable futures for themselves.

They lived in sprawling yet well-organised villages in impressively constructed buildings that belied belief. They farmed the land, tended the soil, harvested crops, collected seeds, stored surplus supplies and resided in permanent housing; in fact fulfilling the precise criteria Europeans decreed signified the ‘development of agriculture’. They were for all accounts true custodians of the land.

Yet none of this was recognised by the majority of new comers to Australia who blithely ignored Aboriginal methodologies in preference for their own farming techniques. Sadly the introduction of hoofed domesticated animals and foreign crops ill-suited to the Australian environment, quickly transformed the essentially arable interior to a wholly unmalleable one. For example, grazing livestock decimated native vegetation leading to starvation for the Aboriginal people.

Along with the presence of fear for the strange and new that the (British) white settlers brought with them, their reasoning that in the absence of farms, villages and roads, Australia was not settled (despite the evidence of Aboriginals living here for tens of thousands of years), steered their belief and so they claimed Australia as their own. Wholesale genocide was not uncommon. Less well documented were the many amazing agriculture systems the Aboriginals devised and finessed such as an elaborate and efficient aquaculture farming system; in place well before the first colonists set anchor. 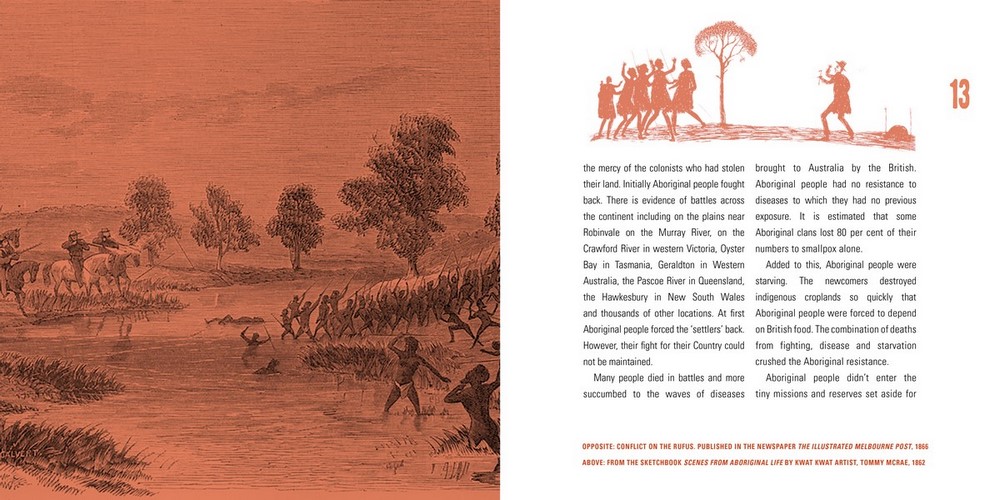 Pascoe presents this considered view of a ‘different truth’ by explaining that understanding is simply ‘a different way of seeing’. We look to the stars to find the way and tell stories. Aboriginal Australia uses ‘the darkness between the stars – the Dark Emu’ to provide answers.

Each revelation is presented in this picture book format in easy to read chapters each accompanied by sketchbook scenes, photographs or illustrations from the time. Artwork throughout the book is hued in tones of ochre, browns, and blacks signifying the colour of Country and providing stunning contrast to each historic instalment.

Young Dark Emu easily fits into classroom discussions about cultural-awareness, and should be mandatory for providing a balanced and accurate understanding of our Nation’s history. After all, isn’t that paramount for moving forward.

Bruce Pasco with be the guest speaker for the fourth Talking Ideas: Narelle Oliver Lecture presentation, Friday 24 May at the State Library of Queensland. Conducted in partnership with Book Links QLD and the SLQ Talking Ideas events, this evening runs from 7.00pm and promises to be a night of entertainment and enlightenment. Bookings now open.

Norah Colvin said…
What a fabulous review, Dimity. I wasn't aware of this version for younger people until I read your review and purchased a copy in response. What a powerful and necessary read it is. Every Australian and potential Australian should read it. I first came across these ideas in Bill Gammage's book "The Greatest Estate on Earth". It opened my eyes to the truth which had been previously hidden from so many of us. As you say in your conclusion, "Young Dark Emu easily fits into classroom discussions about cultural-awareness, and should be mandatory for providing a balanced and accurate understanding of our Nation’s history. After all, isn’t that paramount for moving forward."
23 May 2019 at 14:06

DimbutNice said…
Hear hear, Norah!! So glad custodians of our young people's futures like you are forever expanding their toolboxes of learning! I'm taking my copy along to Bruce's lecture Friday night. ;-)
23 May 2019 at 14:10