Review: Gone To The Woods 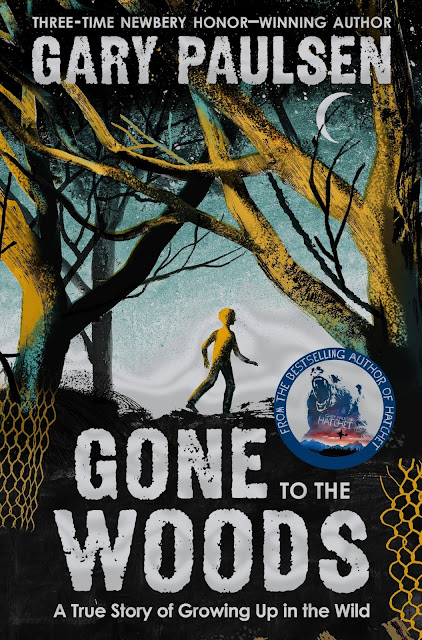 Regrettably, Gary Paulsen was a bit of an unknown to me until discovering this transcending story about his childhood. A multi-award winning author of young adult fiction, Paulsen reveals how his ability to smith words developed as a consequence of his remarkable upbringing, or more accurately, lack thereof.

Paulsen was, not literally an orphan, but he was a lost child. Gone to the Woods begins with one such journey adrift an ocean of salacious events thanks to his mother and her penchant for supplementing her hourly wage at local Chicago clubs. At just five years of age, Paulsen is dumped upon a train bound for a relatives’ farm in north Minnesota not far from the Canadian border. It proves to be his temporary salvation and a place he acquires the art of patience, a deep respect for nature and an appreciation of what genuine kindness tastes like.

Edy’s motherly compassion and Sig’s reticent guidance nurture the abandoned boy until a sense of who he is begins to emerge. It’s bone-tiring work, communing with and living off the land as his relatives do but a vocation Paulsen tries hard to adopt. Soon the city kid is hauling in catfish and outwitting dogmatic geese like an old country hand.

Deliverance is short-lived however when his mother returns and abruptly removes him from what might have been a true family home. They board a ship for the Philippines where the boy’s biological father is stationed in the US Army. The journey is an incarceration akin to the crossing the first settlers or convicts might have endured a century and a half earlier; the boy is confined to a windowless, rudimentary ‘cell’ in the ship’s underbelly owing to the contagious nature of the chicken pox he is suffering at the time.

Whilst on the passage the boy witnesses a plane crash and subsequent shark attacks on the survivors that crystallizes the horror and brutality of death in ways that were never adversely felt when surrounded by it on the farm. These images compound and intensify when later, in Manilla; the boy spends three more years witnessing the futility and barbarism of mankind at war. His natural curiosity and the need to escape his toxic domestic environment thanks to his drunken mismatched parents push him ever closer to the gratuitous gore of humanity at its worst; he roams the war torn city, witnessing every bare-faced atrocity.

Remarkably, what may have broken many cements Paulsen’s inherent resilience and ability to survive, which is fortunate because after returning to Minnesota to live with his ‘viper’ parents, Paulsen assumes a rogue lifestyle of living rough and avoiding trouble. He becomes physically and mentally hardened by the age of thirteen after labouring at odd jobs and living off the land, always determined to leave but never quite ready enough to implement a plan to do so until a quiet unassuming librarian changes his life forever by offering him the chalice of knowledge from which to drink – books.

Raw, gritty and astonishingly candid, this ‘true story of growing up in the wild’ is written in third person, which instils a more ‘story like’ tone to what is essentially an auto-biography pulsing with exquisite heart and soul. Children as young as twelve will enjoy this frank account of a true storyteller. And yes, although some parts are appreciably darker than others, Paulsen's naked portrayal of himself as a child is immediately relatable and beautifully...real.

DimbutNice said…
Great stuff, Norah. This is definitely one for the list and yes, it reads more fiction than real as well. But then as they say...real life is always stranger. D x
12 January 2021 at 22:12

www.renaissancerenee.com said…
Wow! Sounds fascinating and I will be interested to see how he has written about the dark stuff.