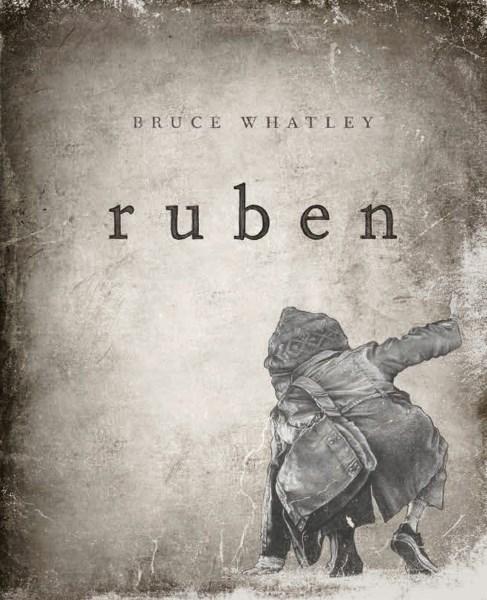 Bruce Whatley is one of Australia's more exemplary Kids' Lit creators. He writes, he draws, he explores techniques across a spectrum of media. And he masters them all exceptionally well. Yet after decades of producing highly marketable, best selling children's books, Whatley had a tale of his own he wanted to tell, in his own unique, unapologetic way. Ruben was that tale and through it, Whatley manifests his true skill as an accomplished storyteller. Here is a reprisal of my review of Ruben originally published on the Boomerang Books Blog. 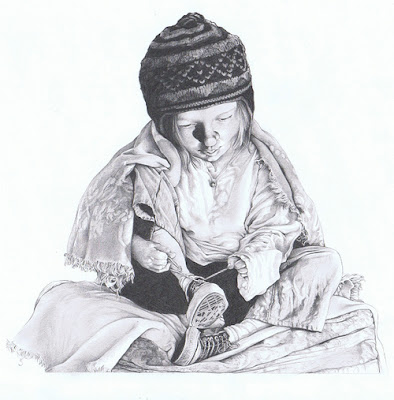 It took Bruce Whatley almost the same amount of time I have been plying my trade as an author to conceive and create this 96-page picture book (around 10 years that is). To call Ruben a masterpiece is a discredit to the complexity and intense beauty that harbours within each page. One might spend hours alone exploring the end pages, searching for clues and analysing the significances secreted within. This is not a picture book for the faint hearted. However, it is a supreme testament to Whatley’s self-effacing talent and a proclamation to strive to be the best you can be. As decreed by Whatley himself, ‘It had to be the best I could be.’

Ruben is a captivating synthesis of picture book and graphic novel. Told in parts akin to chapters, it describes the solo existence of a small boy living in the shadows of a futuristic city that functions only on what it receives. It is incapable of producing anything in return, an inequitable industrial wasteland of pylons, viaducts and ominous occupants who represent the pseudo organic heartbeat of a mechanical monster. 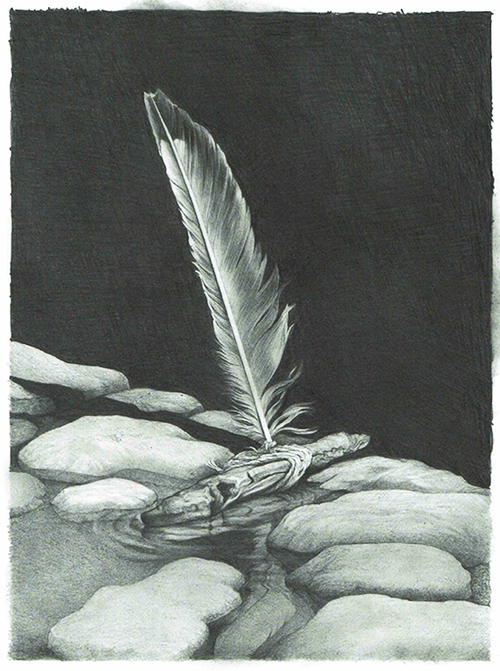 Ruben survives this wilderness because of his safe place, the hole he bolts to that contains all the things he has collected, ‘the broken things, the forgotten things, the missing things…’ But each day his quest for survival takes him deeper and deeper into Block City, until on one such venture, Ruben meets Koji, a soul adrift like him. Through ingenuity and naked longing, Ruben and Koji bridge canons of shadow and doubt and begin to share their secrets, and safe places. Together they recognise the futility of their existence in Block City and the dire need to escape it.

However, the Listeners and the Controllers guard every exit. Everything is suppressed by regulation and resignation. Nothing ever leaves. Nothing ever improves.

Then Ruben finds a book, a kind of catalyst, which propels Koji and Ruben to combine their knowledge and resources and travel forth into a future unknown but potentially better than they have ever experienced before.

Ruben is about tenacity and resourcefulness, patience and daring, longing and resilience, friendships and taking chances. It is a book bereft of colour, which represents the synthetic cheerlessness of Block City. However, every black and white illustration pulses with a vibrancy so vivid, you feel as though you could actually reach in and caress Ruben’s cheek or hear Koji’s marvellous necklace of clogs and fuses tick. 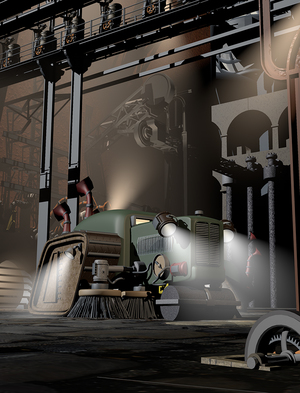 Whatley created the visual expressions for Ruben’s story with a combination of simple graphite pencil drawings constructed through CGI referencing with a program called Cinema 4D. ‘In some ways (Ruben is) very different from anything I’ve done before yet more me than any other project – in that it is the most natural way I make images. It’s how I learnt to draw as a kid.’

Indeed it is not hard to picture Whatley or in fact any of us in Ruben’s place, forever searching, lingering in doubt and expectation, in places threatening to overwhelm us at any minute.

That Ruben possesses a faintly dystopian appearance and sombre disposition is easily overlooked by the magnificent epilogue that begins as all great stories do…once upon a time. Hope radiates from the final two spreads as Ruben and Koji find the key to unlock their salvation.

If Whatley was hoping to send a message of positivity within this work, then he has ably succeeded. Surreal, raw and choking with noble intent, Ruben is Whatley at his purest and most refined, exposed and unaffected. A must have picture book experience that should be included in primary school classrooms with an intent to spark imagination and induce discussion on the many nuances picture books embrace to storytell.

Norah Colvin said…
This book sounds magnificent, Dimity. I wish I was a millionaire so I could purchase all these beautiful books.
5 July 2019 at 21:38

DimbutNice said…
Agreed Norah. There are so many others I wish I could acquire - let alone store and keep forever! Do try to get yourself a copy or at least borrow it. It is worth the experience. D x
6 July 2019 at 21:01