Review: The Happiness Box: A Wartime Book of Hope 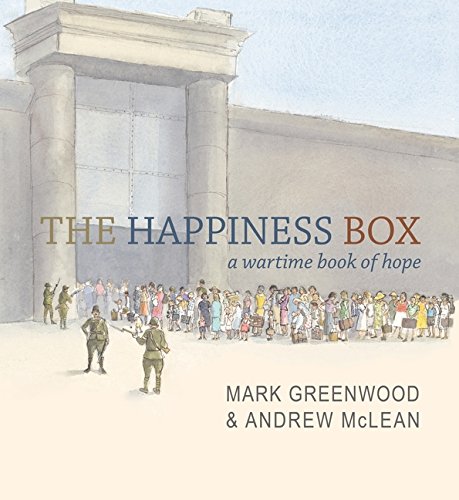 The story pages of The Happiness Box are encased in slouch-hat-felt-beige, giving nothing away until you open this picture book and chance inside where you'll discover a beautiful story within a story.

The Happiness Box was created in the middle of World War II, in the throat of a torrid jungle strangled by war. For Sergeant David 'Griff' Griffins, Changi Prison on the east coast of Singapore was home. He and the other prisoners of war including women and children endured the rigors of imprisonment, disease and starvation for years, each fearful of being hauled off into the jungle to work for the Japanese as slaves building railways and bridges.

To pass the time and maintain morale, Griff ran literary competitions and penned theatrical productions which the prisoners performed, desperate to preserve normality and boost spirits. He encouraged reading among his men but his thoughts always returned to the children cooped up in Changi prison who had no toys or books to escape with.

His men hit upon the idea of making presents for the children for Christmas and worked harder than Santa's elves to complete wooden playthings and dolls in time. Griff's talents however lay not with hammer and nail but with pen and paper and together with the artistic capabilities of Captain Greener, he produced The Happiness Box, a typed, illustrated and bound book.

The story contained the secrets to happiness as told through a jolly collection of characters based on people Griff actually knew, including many of his service mates. Despite its intention to drive away fear and germinate hope, the storylines sparked suspicion among the Japanese officers who inspected every gift. They regarded it as a covert way of sending secret messages and so it was never delivered; Griff's mate promising instead to destroy it to avoid any cruel reprimand.

But hope has a way of taking root and a few years later after the liberation of Singapore at the end of the war, Griff's mates unearthed his Happiness Box from the prison garden where they had buried it. It not only survived the war but was published in 1947 and again in 1991 and continues to raise the spirits of children to this day as a National Treasure that tours Australian libraries.

Through the power of storytelling, Griff harnessed the importance of friendship, kindness, compassion, and courage to nurture hope; the essential elements for survival which are as significant now as they were in wartime, virtues that today's children's stories still embody.

More than just a wartime recollection, The Happiness Box, illustrated in understated yet powerful watercolour by Andrew McLean and simply expressed by Mark Greenwood, reflects the human need to share and our capacity to survive while highlighting another astonishing yet austere chapter of history.

For more reviews on some truly inspiring and moving picture books that capture the ANZAC spirit read my past reviews or visit my YouTube channel for an up close look at what's on offer this year. 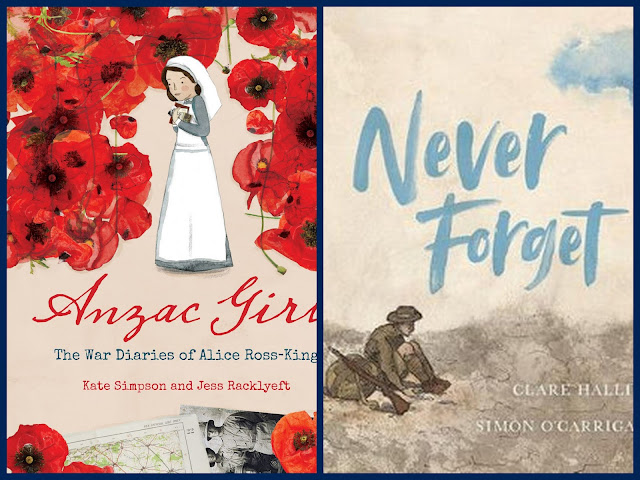 Norah Colvin said…
This sounds like a wonderful story, Dimity. It moves me as my uncle was a prisoner in Changi too. Thanks for alerting me to this one.
23 April 2020 at 20:49

DimbutNice said…
Most welcome, Norah. It's been around for a few years now, but then again, so has the original Happiness Box. I remember visiting the prison in Changi once as a young girl. It was indeed incredibly moving and emotional. Dimity x
23 April 2020 at 21:50