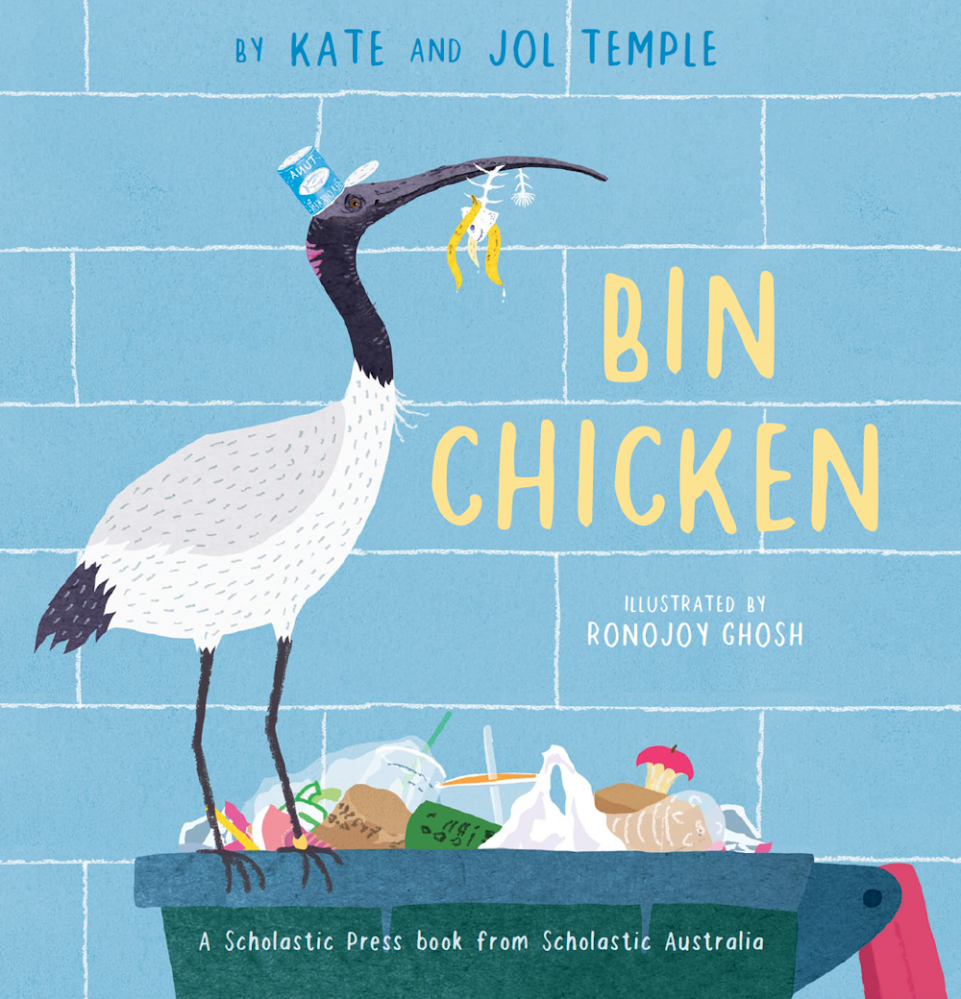 What do meat pies, hot chips and the land of the Pharaohs have in common? As it turns out, quite a lot thanks to a curious looking, bald-headed bird with stilt-like legs and a beak that arcs like an oversized hairclip. The Straw-necked Ibis is an instantly recognisable suburban bird to even the youngest of humans thanks to its ungainly appearance and potent guano pong. Yet this hilarious tribute to one of our most misunderstood rubbish bin visitors, allows the humble Ibis to take on a glorious new role.

Mother Ibis nests high above her suburban kingdom in a palm tree that is home to three adorable fluffy chicks. Despite the eclectic furnishings of their treetop home, the chicks learn from their mother not only how to survive in this modern world but gain a sense of their ancestry and history. For you see, their ancestors used to grace the banks of the Nile in Egypt and were once regarded regally rather than in distain. So when did it go so awry and Ibis became synomous with the term, Bin Chicken?

Through lilting rhyming verse and rainbow coloured pictures, co-authors, Kate and Jol Temple and illustrator Ronojoy Ghosh, shed new light on this bird’s story. Comically captured moments in Ibis’s’ day show her scrounging through bins and rubbish piles in search of tasty morsels. Other kerbside bird buddies admonish her disgusting and unhealthy behaviour. They are crude and brutal in their observations giving rise to all manner of derogatory names. Unable to appreciate her heritage, they do not understand her behaviour is merely a desire to keep her chicks from going hungry and a testimony of her ability to adapt in ever changing times and habitats.

Although gorgeously humorous, this tale suggests a deeper context that we should never judge a book or bird by its covering…or smell. One can never be certain how another ended up in the situation they are in or what they have to do to survive it. It all boils down to making judgements based on perspective and exercising tolerance.

Bin Chicken is an entertaining and timely pertinent picture book that I hope promotes awareness and understanding. Smiles are already assured.

Kate Temple said…
Gorgeous and thoughtful review! Thank you! The Bin Chicken sure is a special native bird. K&J
2 July 2020 at 13:28

Norah Colvin said…
This books sounds delightful. We all have bin chickens as our neighbours.
3 July 2020 at 10:01

DimbutNice said…
Me too, Norah! They are actually so undervalued; another one of nature's creatures that affect and impact on our eco balance. Great that stories like this invite greater understanding about them. :-) x
3 July 2020 at 20:53