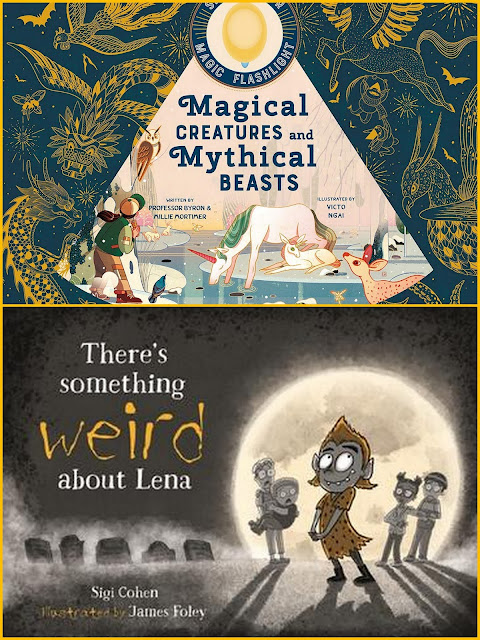 There are as many spooktacular Halloween reads for kids out there as there are varieties of bloodshot eye candy, but these two treats are among my top picks this year. 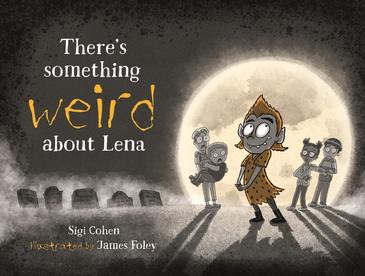 There’s Something Weird About Lena

I loved the disturbing humour of My Dead Bunny by picture book duo, Sigi Cohen and James Foley. Their follow up title, There’s Something Weird About Lena, is just as creepy and … comical!

Lena is one disturbed little girl only she doesn’t think so. She glads about her new school with disconcerting detachment, pulling pranks on her unassuming classmates with hideous abandon. Despite her beguiling grin and carrot-coloured mane of hair, Lena’s mean tricks and horrible hijinks soon have her classmates cringing. What’s worse is the nerve melting noises she issues every time a prank is pulled. She howls and shrieks, and whoops and growls like a hideous hyena. Lena couldn’t be further away from normal if she tried. So, sick of her constant creepy capers, a posse of Lena’s classmates decide to turn the tables and play a prank on her.

Dressed as ghouls and frights from the night, they set out for Lena’s house only to discover to late that Lena has succumbed to a grisly fate …or has she?

This goose-bumpy, rib crackling rhyming tale bounces along with all the joy and silliness of a romp in the park cleverly masking the heinous truth about Lena’s oddness. Nothing is scarier than the idea of a werewolf coexisting in one’s schoolyard especially when there is more to lose at stake than just your lunch and dignity.

Cohen’s verse is spirited and spooky enough to keep young readers guessing. Foley’s monochromatic illustrations create the perfect atmosphere for comedy that both scares and thrills. Vibrant colour is reserved for Lena which heightens the overall sense of suspense and fear. What is wrong with Lena? And are her schoolmates in more danger than they realise?

Frightfully funny, this book will no doubt act as wonderful inspiration for Halloween costuming. And the best part is discovering the reincarnation of Bradley, the erstwhile dead bunny. Finding Bunny Brad on every page is as wickedly wonderful as unearthing Lena’s weirdness. Try saying that fast twelve times in a row and try this book, now! 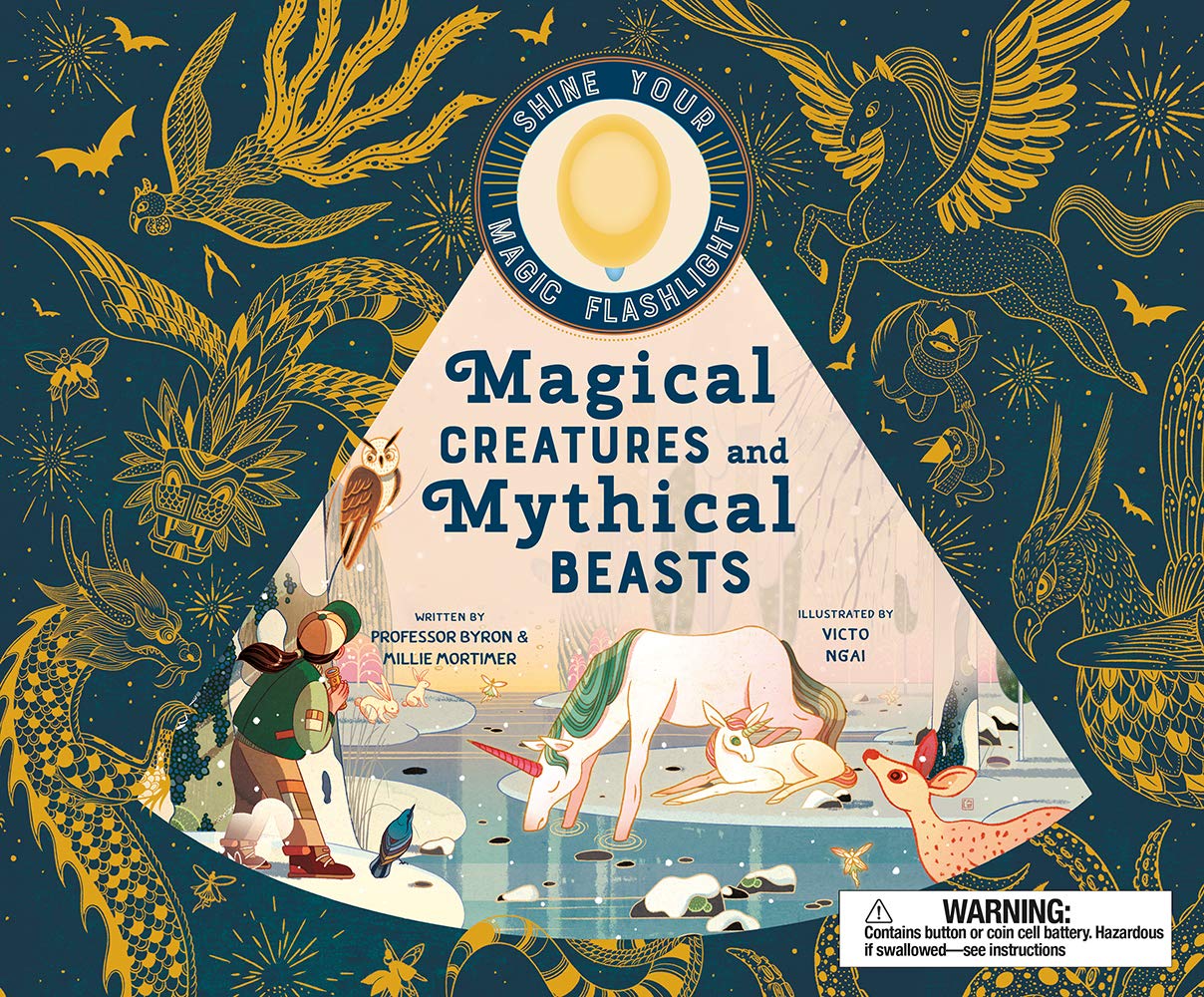 Magical Creatures and Mythical Beasts Even if you don’t believe in magical creatures and mythical beasts, this book will intrigue and ignite your curiosity in the most absorbing way and ultimately test your beliefs. Let’s start with the presentation. The hardcover version is generously large and luxuriously encased in a gold foiled cover highlighting some of the better known creatures of mythology. This is a ‘shine your magic torch’ book; the book’s cover encases a special torch to enhance your reading journey.

Step inside and you immediately meet Millie, the daughter of the book’s author, Professor Byron Mortimer of the University of Oxford, expert in all things mythical and magical. They are about to embark on an epic mission around the world to track down real dragons, unicorns and giants! There is little time to waste. You are encouraged to join them as they trek through different countries, across land and sea. Just don’t forget your torch! Millie has one too. It will help you illuminate the secrets hidden throughout. Despite her father’s tempering realism, Millie drives the narrative with her empathic belief in these creatures. Her enthusiasm is enthralling. One can’t help but want ‘see’ these creatures for oneself.

From the British Isles to Scandinavia, to the cities of Europe and the mysteries of the Middle East, through the unscrupulous lands of the Orient to the steamy jungles of South America, this expedition is truly phenomenal. Even Australia’s remote outback is explored in glorious colour-filled detail.

Each destination sports a brief but thought-provoking introduction to the area along with a description of the types of mythical creatures you are likely to encounter. Historical background is given by Professor Mortimer to support documented sightings and although Mortimer’s explanations satisfy scientific reality, Millie’s zeal entices readers to speculate and look closer.

Each location is lavishly illustrated in swirling hues befitting the climate and culture of the place. Pages are swathed in colour and detail that is bright and inviting yet also captivatingly old world. There really does feel like there is magic in these pages. I could stare at them all day long.

The fabulousness of this creation is uncovering that which is not immediately recognisable, opening the pathways for possibility and allowing imagination and reality to comfortably collide so that magic may live. Magical Creatures and Mythical Beasts is a book you’ll want to keep in a special place, something you’ll want to revisit when the need to venture into the fantastical beckons. Not only do I recommend it for those possessing boundless belief and a fascination for fantastical beasts, this creation would make a magical Halloween gift with a difference.

Norah Colvin said…
Lena sounds delightful fun and the mythical beasts sounds amazing. Thanks for your reviews, Dimity.
27 October 2020 at 20:07

DimbutNice said…
Always a pleasure, Norah. Yes both are captivating. I recommend ...Mythical Beasts as a real keeper.
27 October 2020 at 21:05