Review: The Days Of In Between 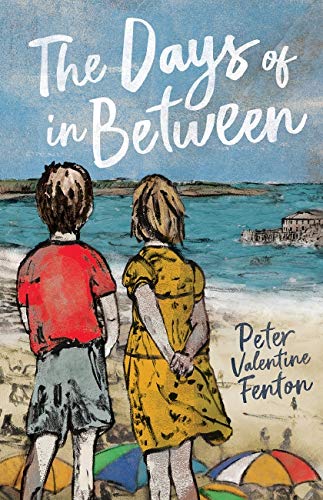 Toby and Tara’s story of friendship and finding ones true self exudes the same mellow warmth as a beach sunset. It is at once familiar, comforting and intensely personal.

Set in one of Australia’s eastern coastal townships during the last summer of the 1970s, this tale chimes with voices so authentic and true, you’d swear you were 12-years-old again, well if you were my age. Younger readers will not have any trouble relating to Toby and Tara either regardless of a storyline that is void of distracting mobile phones and addictive devices because Peter Valentine Fenton’s characters behave and react in immediately recognisable ways.

Toby is excited to be spending the summer holidays with his father at an old family-favourite holiday haunt by the bay. He’s waited for ages to smell the salty brine of the sea again and reconnect with his recently newly-wed father. Toby’s expectations are sky high and orbit around his choice to move from his mother’s house to live with his dad and new stepmother. It is a decision based on a perceived obligation to support his father in this mammoth time of change. Yet once they arrive, loneliness swamps Toby. His father barely acknowledges his presence and leaves Toby to fend for himself as he tries to assuage his new wife’s worries about caravan life.

Relief from these feelings of abandonment comes in the shape of a windswept girl named, Tara. Tara’s joie de vie pops and fizzes like a wave breaking upon the beach. She is brighter than the summer sunshine and just as welcoming. But the daughter of the local shark fisherman is burdened by her own mountain of grief and after a terrifying incident on the old wharf, Tara flees.

Virtually alone and victimised by Tara’s father whom he barely knows, Toby leads the townsfolk on a search for his new friend up the bluff where he is certain she has taken refuge. The search is thwarted by ill-conceived beliefs and prejudice and Tara remains missing.

Amidst the turmoil of uncertainty, dread and disillusionment, Toby finds an unexpected ally in Boo, the resident nurse. She wraps Toby up in a stoic blanket of support and reassurance and is one of the few who listens to his dogged beliefs about Tara’s whereabouts.

Fenton’s prose drifts like a heartfelt melody on a sea breeze, gentle and light, almost insubstantial yet achingly beautiful. It is against this well-painted backdrop of words that Toby and Tara’s individual stories of coping with change and loss begin to blend. The result is a creation that will bring tears to your eyes and cause you to clutch your hands to your heart with gladness. Gravity is tempered with the glee of childhood, of making new friends and thrilling discoveries like how to play the new space invaders game. Of the simple joy of sharing hot chips on the beach with your best mate.

The Days of In Between is a story about growing up, of adaptations and adjustments, perfect for 10 – 14-year-olds but if you happen to be a touch older than this, it is a story for you, too.