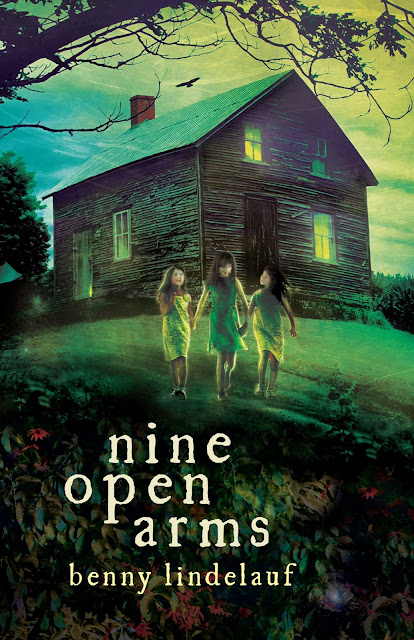 They say large overwhelming tasks are best tackled in small meaningful mouthfuls. I say this approach should also be applied in generous dollops to all things Christmas. From menu planning and execution to home decoration, from salutation spreading to the all-important gift selection, my recommendation is to go in well-armed with list-making materials and a calm uncluttered mind, perhaps accepting the odd recommendation or two to help the selection process.

Throughout the month of December until Christmas Day, I will endeavour to deliver a new, tantalising and truncated sample of some highly recommended Christmas stocking stuffers – a la kids’ book style. And fret not if they don’t make it under the tree in time…these are gift ideas that can be shared any time of the year in my book.

As the translator of this Dutch novel explains, Nine Open Arms is indeed a story built like a jigsaw and told in stages. Like a jigsaw puzzle one is compelled to move around from section to section, attracted by the possibility of completing that part and perhaps gaining a glimpse of the larger picture. This story is like that; set out in parts beginning in the 1930s, sliding back to the 1860s and then ending just before the turn of the decade. Each piece of the final picture is alluded to in a delicious smorgasbord of foreshadowing from as early as the third sentence yet the tension of this tale never wanes.

Eleven-year-old Fing, her boisterous sister, Muulke and their younger sister, Jess along with their grandmother, father and four older brothers trudge down a forlorn dusty road to their new home one rainless Summer. They have few possessions and even less hope the Dad will succeed in his next venture, cigar making yet they continue to practise the family doctrines; to believe first, then see and to look for the opposite of worry despite Oma Mei’s unrelenting discipline, the abysmal weather, an ominous discovery in the neighbouring cemetery and continuing poverty.

Nine Open Arms is a tale of seemingly unrelated mysteries, many originating from the depths of Oma Mei’s collection of memories in her Crocodile bag, whose meanings all fall into place after the dramatic disappearance of young Jess. Suspense is laced with humour, ridiculous optimism and the kind of deep pathos born from discordant love. The quality of humanity is questioned and measured with each flip of a new puzzle piece, all beautifully pieced together by Fing’s first person narrative. The inclusion of Dutch expletives and nicknames in the translation is especially appealing and adds to the flair and flavour of this meaningful novel.

A must read story of true grit, kinship and kindred spirits that is both earnest and joyful.