Book Bites: YA Journeys Into the Afterlife 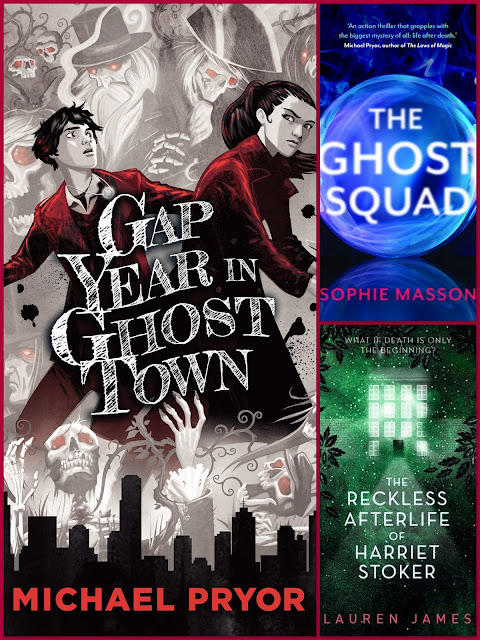 Unless you’ve been to the afterlife, and successfully returned, chances are you are not super familiar with the supernatural. These next few YA novels ease maturing young adults into spine-tingling conjecture about spectres, the worlds they habitat and conditions of existence they are forced to abide by. It’s bewitching stuff. 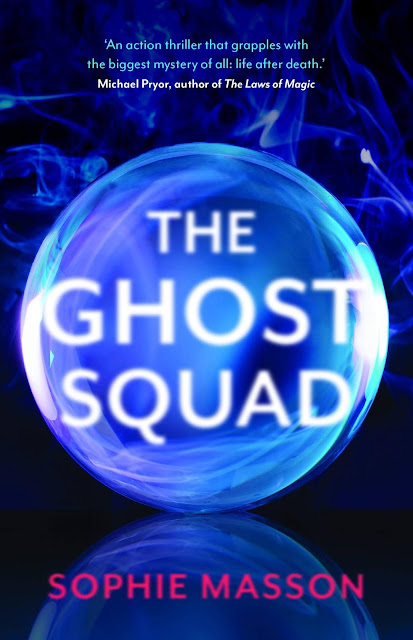 This thriller by Sophie Masson takes place in the not too distant future following a global cataclysmic event which renders the world virtually tech-free. Living in a world stripped of modern day conveniences, young Polly is thrust into a heart-racing quest of survival. Guided by her own instincts and a beguiling young teen by the name of, Swan, Polly grapples with new found knowledge about two opposing clandestine organisations, the government run Ghost Squad and the Base whose shared intent is for the control of information about the afterlife.

Since what is commonly referred to as the Pulse (theoretically a massive solar flare disturbing electromagnetic fields and plunging the world into chaos; otherwise known as CME  – Google it), the race to discover the secrets of life after death and the implications of those revelations for those desiring power over humanity, has never been more intense or deadly. Reluctant allies, Swan and Polly undergo a dizzying hunt for the truth along a tightrope taunt with uncertainties. Loyalties are repeatedly tested as subterfuge and gut wrenching realties trip them at every turn. It’s exciting stuff and once you accustom yourself with the extensive nomenclature of ghostly definitions and the planes they inhabit, the whole premise of a post-apocalyptic existence becomes startlingly plausible. (The comprehensive glossary at the back helps although, I only found this at the end.)

There is room for further speculation and a sequel to this chilling twisty-turny tale but the current ending is, for the moment, a welcome place to recover for our young protagonists and to pause for thought for young readers. 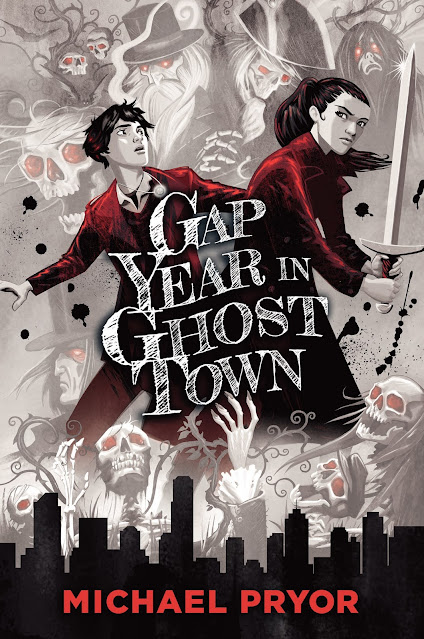 I moved onto this one immediately after The Ghost Squad so the premise that ghosts meant humans harm and must therefore be eradicated jarred at first but with a few appreciation adjustments, I was able to find my own links between the two; in terms of planes of existence and motivation. And this made the whole experience more meaningful.

Michael Pryor is an accomplished fantasy writer so penning a spooky thriller the forces a leap of faith to the other side as it were is bound to be crawling with believable creeps and creative storylines. However the thing that cements credibility this time is the setting in which this ghost hunting collection of close calls takes place; marvellous Melbourne, Australia.

Even those whose knowledge of one of the world’s most liveable cities (before Covid at least) is wanting will appreciate the ‘realness’ this contemporary cityscape contributes in hindering and helping our young protagonists, Anton and Rani as they attempt to purge the city of rampant ghosts, many intent on causing as much disturbance and mayhem as possible. These almost adults come from opposing sides of the world and conflicting ghost hunting families. Their objective however is the same: to release ghosts and preserve human life.

Throw in a manic ghost manipulator, a one-eyed tech genius, a horrible tragedy and a violent ghostly encounter on nearly every page and you have a novel that is both ludicrously entertaining and reaffirming in the sense that the ghostly references actually make sense.  Pryor succeeds in combining tongue-in-cheek comedy with non-syrupy coming of age situations and a great deal of terrific sword slinging, which I’d love to see on the big screen. Cool characters, even the see-through ones, and a ripping storyline earn this intriguing tale full stars. 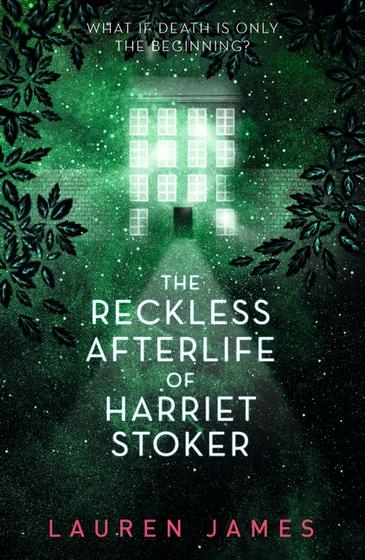 The Reckless Afterlife of Harriet Stoker

This arresting novel begs an answer to the question, what if death is only the beginning? and thus follows on nicely in this trio of ghoulish tales. Harriet Stoker dies after falling from a balcony in the decrepit building of Mulcare Hall. Her death shocks her or more precisely, she is shocked to discover she is dead. Using her smart phone results in new levels of frustration for a start. While struggling to deal with her demise, erstwhile only child, Harriet is welcomed by a posse of ghosts eager to befriend the new arrival.

They are friendly but intense and Harriet’s brusque nature and inherent compulsions for self-preservation thwart initial attempts. She is more focused on uncovering her own ‘special power’ which she learns is unique to every ghost.

Her reckless appetite for this as yet unrequited power blinds her to the dangers lurking in the afterlife. She becomes obsessed with its unleashing convincing herself it’s for the greater good regardless of how high the stakes may be for her or her fellow Hall inhabitants.

This book is a curious yet engrossing blend of history, mystery, supernatural phenomena, the various faces of loss and grief and the complications of friendship. Harriet is a character I found prickly and self-absorbed most of the time despite her circumstances. It is easier to shy away from a personality like that than adopt an appreciation for her motivations, which understandably influence her behaviour and reactions. However, I’m grateful the group of ghosts she is almost bent on destroying rally so fiercely around her and for her resulting in a climax that is both unexpected and electrifying; an ending aided by the deliciously puzzling parallel storyline accompanying each chapter opening.

Laced with enough manic frustrations, teen emotion and abhorrent evil-doers, The Reckless Afterlife of Harriet Stoker is a suitably disquieting teen exploration of death and what comes next.