Review: We Were Wolves 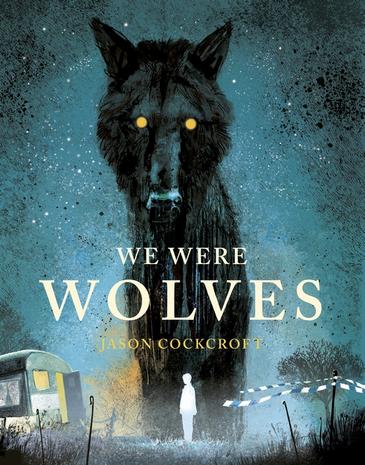 At a time when I was in deep exchange with fellow creatives including the adroit children’s literature author, Professor Emeritus Gary Crew about whether or not there was or should be more divergence (convergence) of creative styles and elements across Kids’ Lit genres, this book came along.

We Were Wolves is not the first illustrated fiction for older readers to ever grace our children’s bookshelves; many well-known middle grade novel series feature drawings, often in subsequent editions, that increase reach and re-ignite story interest. It is however a telling example of the growing shifts to provide more heavily illustrated books for older readers, namely young adults. And I couldn’t be more pleased.

This hardcover edition by accomplished illustrator, Jason Cockcroft, is his first novel and it’s a ripper. Few of the 207 odd pages are left unmarked by Cockcroft’s exquisite greyscale illustrations, some claiming entire pages, others creating intimate border details that enhance narrative tone in the most unobtrusive yet sensory way.

Would they be missed if never included? Probably not because Cockcroft’s prose is imbued with a terrific sense of tortured inevitability that carries the reader just as assuredly through the forest and coastlines his characters inhabit as the drawings. One could presume each reader’s imagined image of this story is different from the next but thanks to Cockcroft’s astute choice and placement of imagery, nothing is overtly prescribed; there is still plenty of room for the reader to interpret the story in his mind’s eye. In other words, I did not find the illustrations distracting or domineering. Rather they raised the aesthetic value, tone and tension of this story to the next level; something I am sure reluctant older readers will appreciate and benefit from. 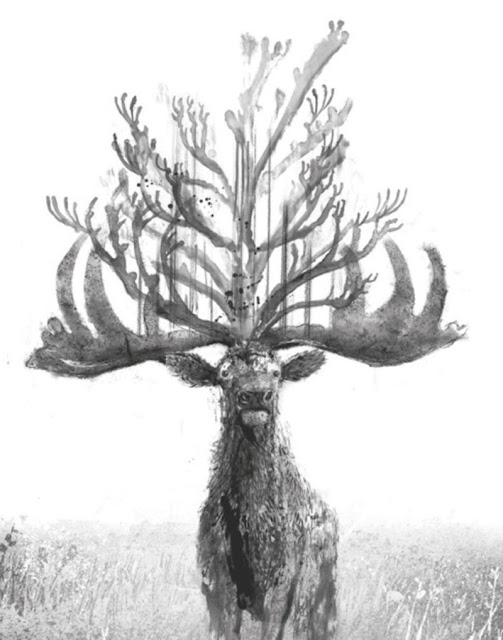 We never learn the name of John’s teen aged lad but that’s OK. The boy himself tells us everything we need to know about him, how he is living on his own in a decrepit old van in the middle of the woods while his father languishes in jail, again. How he wants to save his father from the ancient beasts that rumble from below. The boy’s story of surviving a solitude he has accustomed himself to with the skill and resoluteness of a Wildman yet often yearns to reverse is choked with regrets, stifled desires and the ever imminent threat of a father suffering from PTSD falling further apart.

It’s a harrowing tale told in heart racing, often tantalisingly abrupt twists and turns that are softened with elements of surreal beauty allowing this story to unfurl enticingly like an early morning mist. When the boy’s father is released, they both realise he is not yet free until he completes one more ‘Job’. The boy can feel the dark forces rising, forever getting closer until he too succumbs to a dread so grim it blackens reason and befouls hope. And as with many such stories of dire desperation, there can only be one fatalistic outcome.

We Were Wolves is not a story of unresolved despair, however. It is a tender, terrible tale about what you would do for the ones you love, an ode to companionship and an (re)awakening of the realisation that the fight between our inner wolves is never truly over until you decide which one to feed.

Beautifully rendered both in text and transformative drawings, We Were Wolves will linger in reader’s minds long after the beasts subside.