Review: I Am Change 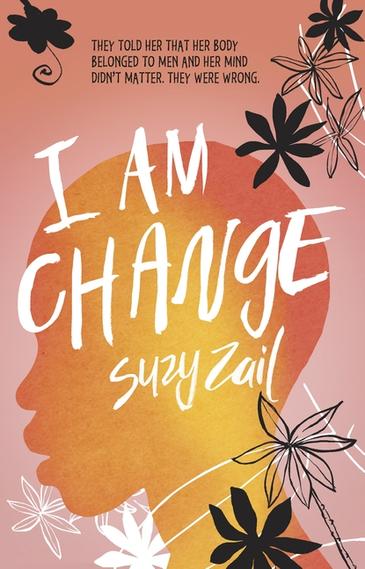 This story tugs you in forty different directions at once. That's not to say it's confusing to read. It's not. It is however an emotional junket that exposes the reader to a battery of feelings ranging from anger disgust, sorrow, disbelief, exhilaration, joy, hope and triumph.

Lilian's story is pre-empted in a small but powerful way by the foreword by Namukasa Nusula Sarah, a female native of Kampala, Uganda. Like Lilian's real life name sake, Nakamya Lilian, the initial catalyst for this story, Sarah provides an inescapable authenticity yet despite her opening words, Zail's narrative chimes with a legitimacy all on its own, so genuine, so sincere, it'll have you rising out of your seat with conviction.

Lilian is a young teenager on the cusp of womanhood. However despite the fact that she lives in our modern times, her home is a humble village in the countryside of Uganda. She walks to school, fetches water by hand from the well every day, squats to relieve herself, stashes her most valued possessions beneath a threadbare rag of mattress. It's the opposite of a charmed life in spite of the bright mantel of stars above her and the kiss of the moon upon her pages at night. The family struggles to scrape a living from the land to supplement her father's wages and feed themselves. And everything is made worse because she happens to be a girl.

Lilian is not only relegated to the lowliest of duties, cooking and cleaning up after her brother and deferring the choicest titbits to him, she must prove her worth on a daily basis just so she can attend the village school. Continued education and making something of oneself is not the usual vocation for a female. Like her sisters before her, Lilian has been groomed to be a solicitous child-bride since the day she could walk.

Lilian's greatest desire however is not marriage. It is to finish Primary School and then Secondary School. She dreams of attending university and breaking the moulds of expectation. She is smart, wily and more determined than a summer monsoon. Her father is her soul confident, her erstwhile supporter. Her true comfort. He strives to find the money to keep his clever daughter educated but age and bigotry are his constant roadblocks.

Faced with a mother who is hobbled to past rituals and traditions and appears to harbour less and less love for her daughter as she matures, Lilian's tenure on her future weakens until she is sent to live with her aunty in the city of Kampala. Lilian complies; it is after all her only way to continue school and avoid marrying someone she has never met. It also provides her with an opportunity to search for her long lost older sister, Nakato.

The prestige and prosperity of city life Lilian envisaged with her Aunty Amara and Uncle Beneh is soon tainted as Lilian realises that all the glimmers is not gold and prejudices run deep and thick in a land like hers even if you have money. However tenacity continues to bubble within Lilian so that after she meets a group of girls and women with liberated, progressive outlooks that match her own, Lilian's convictions finally assume true meaning and a new fountain of knowledge and understanding erupts equipping Lilian with the ability to help educate those she loves most and by doing so, help them survive.

But it's not enough. Her father tells her that small things like 'a bee or an ant can be more powerful than an elephant', yet despite his encouragements, Lilian is betrayed in the most shocking and brutal of ways.

This novel will leave you gasping for righteous breath. Yet while your fists clench at the awful imbalance of power and sexual inequality in countries like Uganda, you will also marvel at the sheer fortitude girls and women like Lilian possess. For many, to remain imprisoned in the ways of the past is their only foreseeable way forward but for many more others, like Lilian, change is afoot. And it's bold and beautiful and determined.


Zail's narrative is poetic and unashamedly barefaced. She portrays Lilian's innocence and coming of age with candidness and confidence so that the reader's relationship with Lilian is never spoiled. The beautiful balance between Lilian's gritty strength and her childlike naiveté is one of the biggest drawcards of this story making it a compelling and empowering read for teen girls and boys alike.

Norah Colvin said…
Wow. That sounds like an important story for many of us to read. Thanks for the thoroughness of your review, Dimity.
17 February 2020 at 21:38

DimbutNice said…
My sincere pleasure, Norah. Yes yes, I heartily recommend this one. Engrossing and crucial that is ultimately uplifting!
17 February 2020 at 22:03

Double Delight: Are You There, Buddha? & Mina and The Whole Wide World 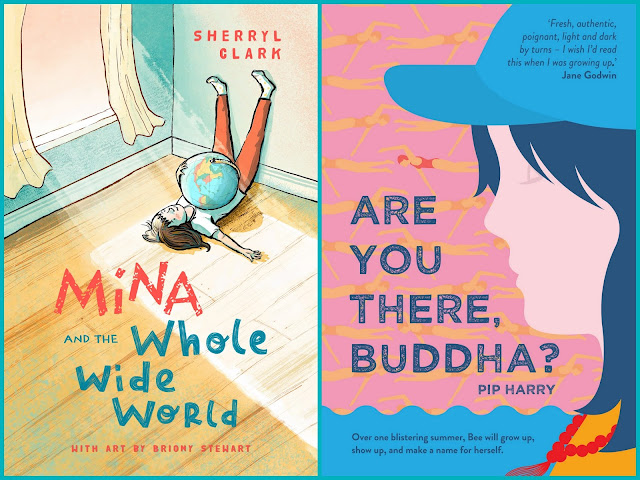 Experiencing a verse novel for young people is like discovering chocolate crackles are good for you. It’s a marvellous, heart-enveloping revelation, something you instantly want more of and know you’ll never be able to live without again. These two verse novels, one for juniors and the other for middle graders, by accomplished Aussie writers evoke the best chocolate crackle feels and more besides. You must experience them. Are You There, Buddha? Wise, satirical, poignant and alarmingly en pointe, Are You There, Buddha? reads with the ease and speed of a verse novel but involves the reader with so much immersive authenticity, you feel you have experienced something much greater. Bridget, aka, Bee is a tween wobbling on the precipice of teenage-hood, facing all the terrifying manifestations this transformation attracts. Her body is betraying her in increasingly alarming ways, morphing into a lumpy, bumpy, hairy hideous illusion of her former self. She has just started Year 7 and unlik
Read more