Review: Where The Heart Is 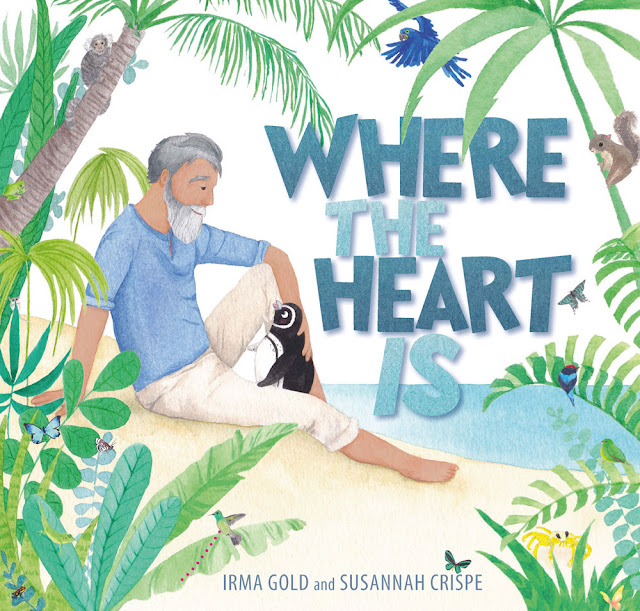 How far would you go for love? If you’re a Magellanic penguin who has imprinted on a kind old man, the answer could be thousands of miles. Where The Heart Is is a gentle tale of findings and belongings inspired by the real life story of Dindim, the tiny oil-stricken penguin found by Joao Pereira de Souza off the coast of Brazil in 2011. This rendition follows the facts closely beginning with Dindim’s salvation by Joao who cleans, feeds and nurtures him back to good health. As a tremendous show of gratitude, Dindim decides to stay and even after being relocated to an island offshore, promptly heads back to Joao’s beachside dwelling for a touching reunion. It is not until Dindim undergoes his first moult and dons his adult plumage that he suddenly decides to leave. In real life, no one knows for sure where this dapper little seabird goes but in Gold’s version, he makes the arduous sea journey back to coastal Patagonia, the breeding grounds of his fellow penguins. Life in the colony is f
Post a Comment
Read more
More posts