A word about Selfies 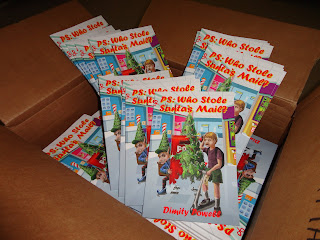 The science of the evolution of words is a deeply fascinating and curious thing. So fascinating and curious that author Nick Earls took the idea of etymology and fashioned it into not one, not two but three amazing adventure books for kids . But (lots) more on that another day... The concept of word play and word origin is equally as absorbing for writers as for readers and led me to ponder on the development of the word 'selfie '. Selfie : a picture of a person taken by that person. (usually badly if that person's name is Dimity) How did the term 'self-portrait photograph' become reduced to such a bland, throw away two syllable text term? When did we become a race of need-it-yesterday, don't-have-time-to-speak-full-words narcissistic androids? And if we are that desperate for a shot of our own mugs, what is wrong with using a tripod or the old fashioned method of accosting a complete stranger and risking camera abduction in the name of getting behind th
2 comments
Read more
More posts