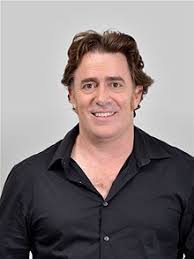 I was chuffed as monkeys with brass bells on to have been invited along to the studios of ABC Radio Gold Coast to chat with Matt Webber. Matt Webber courtesy ABC Radio I was also six weeks into a bout of this season's awful flu onslaught and feeling less like a chipper little monkey ready to chatter as I did something someone might find in their kitty litter tray. But chat I had to so off I hauled myself to ABC's delightfully located Gold Coast studios. ABC Radio GC Headquarters, not quite beach front but a short amble from here My stories were not complete strangers to Matt's weekly Drive Time shows ; my digital narrative for Story City, The Chapel of Unlove being featured there back in 2016. This time I was able to discuss the inspirations and motivations behind my picture book, The Fix-It Man and its implications with death and dying, this being a segment series topic featuring regularly on Matt's Drive Time. I could not have asked for a better host
2 comments
Read more
More posts