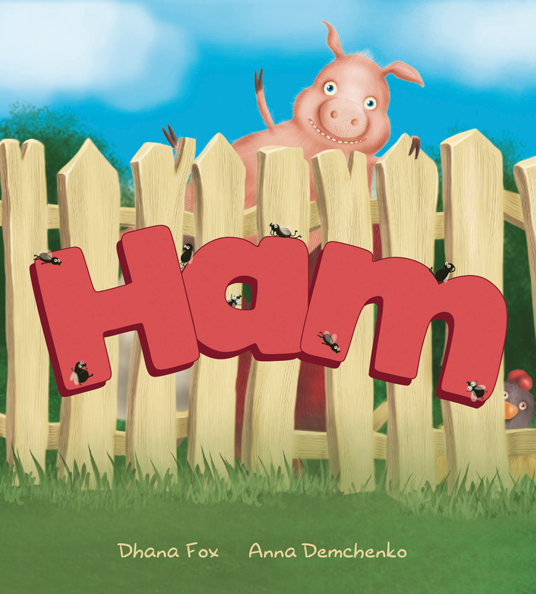 Animal lover that I am, I am also an unashamed omnivore with a discomfiting appreciation of bacon and ham, thus a picture book so titled could not fail to set the salivary glands in motion. Ahem… but jokes aside this is a serious(ly funny) situation for one little porker aptly named, Ham. Ham and his barnyard buddies, Satay, Chops and Stew – notice the theme here – luxuriate in each other’s company and their benignly serene farm lifestyle until one day reality arrives with a heart-seizing shock; the realisation they are part of the human food chain. This is a devastating life blow that Ham takes particularly hard owing to his gorgeously, plump, voluptuous, wobbly …rump. Determined to foil the farmer’s intent and their inevitable fate, Ham and his mates devise multiple plans to ensure they do not end up on a dinner plate. Each salvation attempt results in near annihilation but Ham refuses to be beaten, read: eaten. They decide on a more vegan approach but the farmer’s veggies are re
2 comments
Read more
More posts