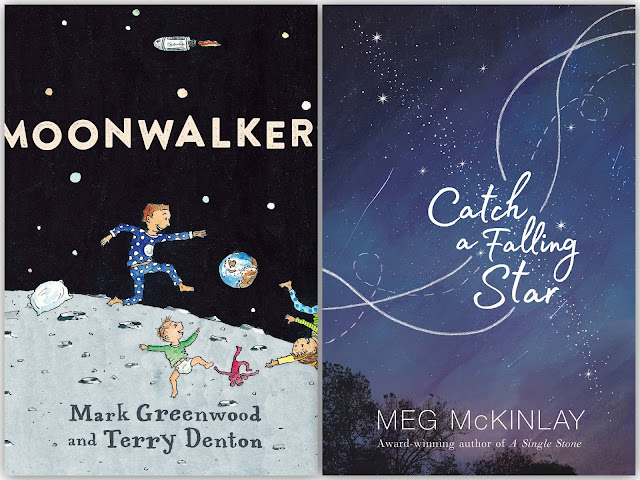 To mark the 50 th Anniversary of the first Moon landing, several children’s books are now entering orbit. Here are two very different but equally compelling titles that are sure to take young readers on an awesome odyssey of their own.   Moonwalkers by Mark Greenwood and Terry Denton This timely picture book blasts into life from the opening end pages. Suffused with Denton’s trademark, light-hearted line drawings, we are immediately introduced to the Apollo 11 astronauts who crewed the first spaceflight to the moon in July 1969, a feat never done before. As they soared into space aboard the rocket launcher, Saturn V, half a planet away, Billy and his family watched in awe thanks to live beams from ‘The Dish’, one of the largest telescopes on Earth located in the town of Parkes, NSW Australia. Inspired by Neil Armstrong, Buzz Aldrin and Michael Collins’s, daring space mission, Billy and his motley crew of space explorers, Buzz and Mickey, embark on their own ambitious
2 comments
Read more
More posts