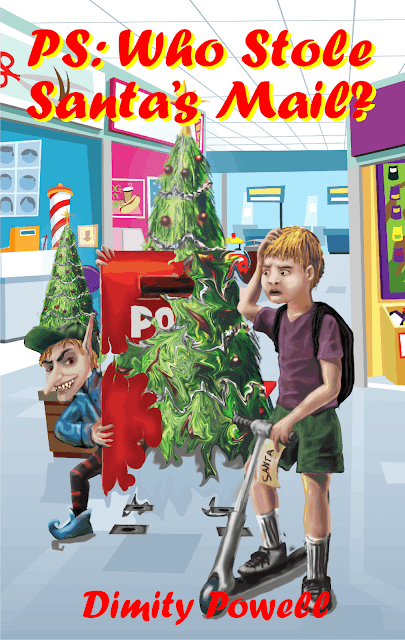 Holidays are the best. Christmas is up there as one of my favs and to celebrate my chapter junior novel title: PS WHO STOLE SANTA'S MAIL? is featured on SCBWI's 2022 December Reading List. Pop over to their site to explore the huge range of other celebratory titles of the season. To keep the merry going, PS WHO STOLE SANTA'S MAIL? is flying high with Santa at the crazy price of just $10! Click on the contact link, here to order yours and mention the Code: ReadingList2022 Please note: Postage and packaging rates apply both within Australia and internationally. Postage times may vary. No guarantees for arrival prior to Christmas 2022.
Post a Comment
Read more

Getting Book Nerdy with Dani 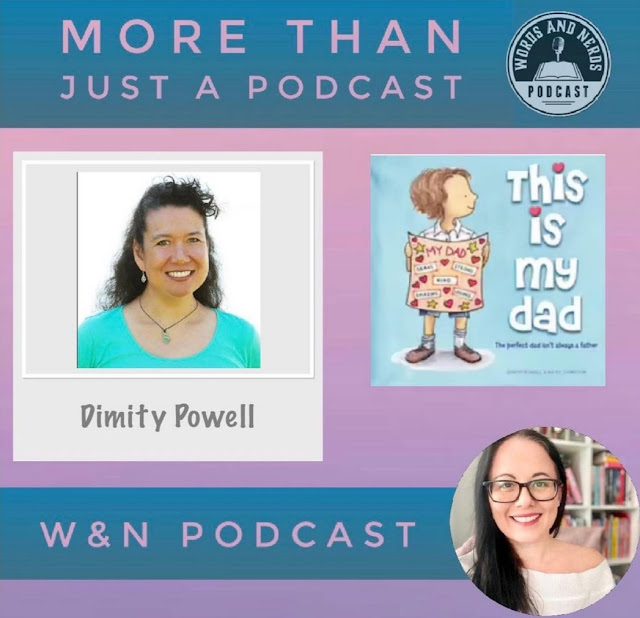 I love words and am a colossal nerd. What a match! Join me over on @daniveebooks_wordsandnerds for a spirited chat about the love behind the books behind the stories behind the nerd  🤓 😉. We chat about inspiration, creative thought, why I write, what I write and how it makes me feel - young at heart! After your first cuppa enjoyed listening to me, check out some of the other fab interviewees as Dani showcases what lurks in a writer's mind . It's not as scary as it sounds but pure fun - and usefulness too! Click on the image above to access or visit Dani's W & N podcast page and search of Ep. 564 with Dimity Powell . Enjoy!
Post a Comment
Read more 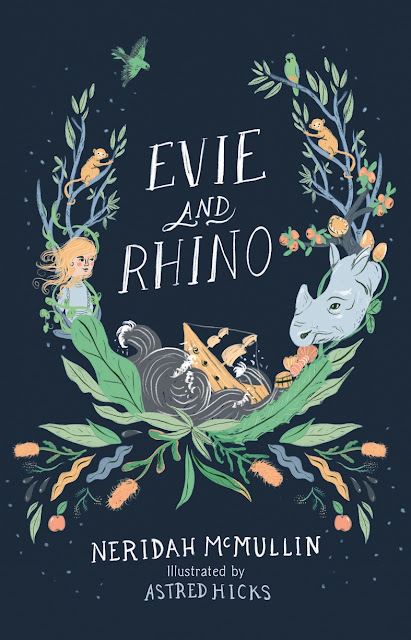 Neridah McMullin’s latest middle grade fiction is more of a tender-hearted hug than simple story. It is also the perfect example of latching onto an actual historical event and unlocking the story within by utilising those two liberating words: What if? When a steamship is wrecked off the coast of south-west Victoria in the late 1800s, a young parentless mute girl is the first on scene. Instead of waterlogged sailor survivors, she discovers an altogether different kind of flotsam on the beach of her rugged rural home; an Indian rhinoceros, aka, Rhinoceros unicornis . How delightful that this creature’s scientific name reflects the magical qualities of this human animal encounter and ensuing tale. Rhino was part of the exotic cargo of animals bound for the Royal Melbourne Zoo as part of their questionable ‘acquisitions’ projects. Despite sluggish improvements on the captive animal front, the care of these horrendously displaced animals and birds was still woefully misconceived and
Post a Comment
Read more 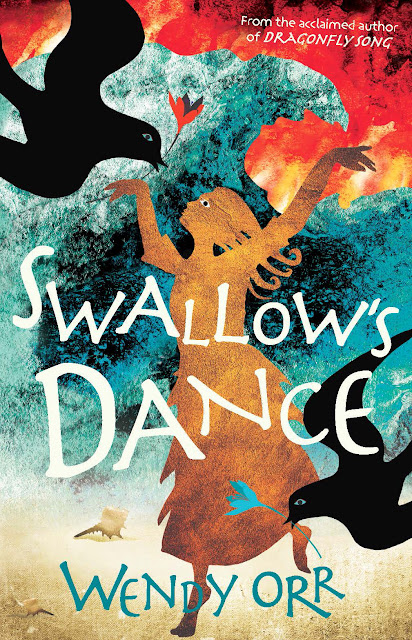 WendyOrr is a master of fantastical mythical historical middle grade fiction. You’ll forgive that mouthful of adjectives once you immerse yourself into the genesis of Orr’s second Minoan fantasy novel, Swallow’s Dance . There’s a third too! Cuckoo’s Flight released last year. My first journey into the Aegean Bronze Age with Orr and Aissa, Orr’s character from the first book, was through, Dragonfly Song . I was inspired by Orr’s poetic artistry and sublime use of language: part prose and part verse novel, I was utterly swept away by the beauty and tragedy of Aissa’s plight. The use of verse to relay Aissa’s internal dialogue and inner most dread and desires is genius and executed with such finesse I wished it never ended. Dragonfly Song is an adventure story, a tale of daring and hope and a quest for love and acceptance that will have you weeping and cheering. Gripping, artful, and exciting, this novel has broad appeal for both male and female readers aged twelve and above. Swa
Post a Comment
Read more 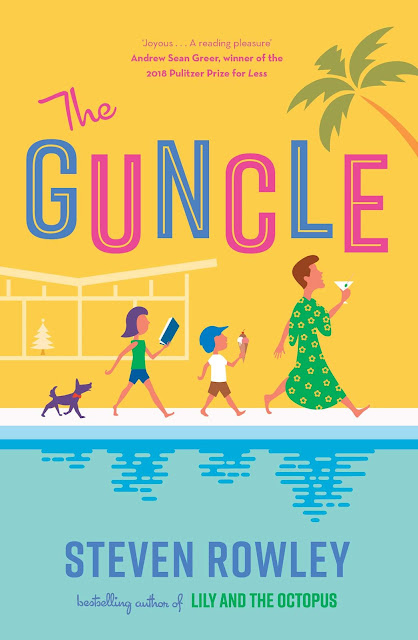 This adult fiction review is sneaking in because it encompasses so many of life's most endearing, harrowing and heartbreaking moments in one glorious golden family-orientated glow, that I believe its appeal is further reaching than just as an 'adult read'.  So here we go ... The hardcover art of this novel portrays a duality of summer nonchalance and flamboyant gaiety, a bit like a freshly shaken frozen margarita. But don’t let that fool you for beyond the dancing title belies a story with substantial heart and a unique poignant jocularity for which author, Steven Rowley is renowned. There is nothing feeble or wanting in The GUNCLE rather it exudes a sticky kind of specialness that adheres to your innards in the most glorious replenishing way, as opposed to a need-to-retch-it-out way. It's summer in California, a land of 360 days of searing sunshine and infinite possibilities. It’s taken less the four years for former TV sitcom star, Patrick O’Hara to acclimatize a
Post a Comment
Read more

Review: All The Best Liars The invisible fabric of friendship can hide many warps and weaves. What may at first appear beautiful and enduring, can quickly unravel when subjected to unprecedented change. All The Best Liars is contemporary psychological thriller that tests the strength of such a fabric between childhood besties, Syd, Rain and Brie with devastating results. Inseparable at the age of nine years old, the trio share a comradery that shields them from the harsh relentless glare of poverty under an even more ruthless Californian desert climate. They all reside in a cul de sac high in a mountainous suburb whose main feature is desolate nothingness. But the girls play and exist with scant regard for the more affluent communities downhill from them, that is until the day Brie and her widowed belligerent father leave for richer prospects. This turn of change ignites a loathing in Rain towards Brie, an abject rejection of her perceived pseudo existence and popular-girl clique mentally, simultaneously push
Post a Comment
Read more

Review: What We All Saw 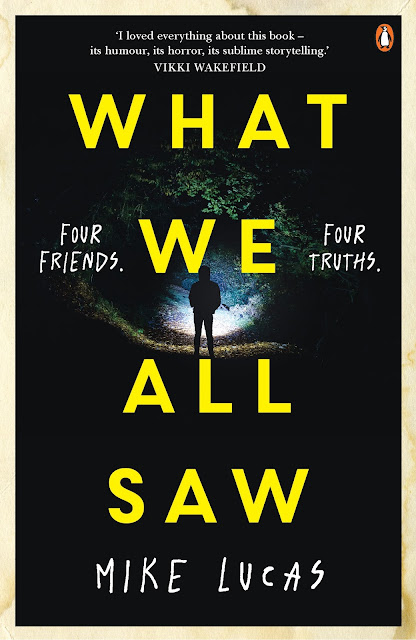 I read What We All Saw some months ago and what I can’t remember of the storyline is better ingrained in the intense feeling of creepy spinechilling awe that distilled to pure enjoyment. So much so, I want to re-read it and have recommended it as Book Club read. Mike Lucas is no stranger to books and curating stories however this, his first foray into YA, is astonishing. Swift moving narrative is gilt with historic horror, suspense-filled seesawing moments and just enough humour to keep the whole thing real. References for this tale involving four tweens embarking on a nightmarish summer of terror and its resemblances to The Body (Stand By M e) and IT are many but I honestly didn’t make these initial comparisons because Lucas’ writing is so assured and vivid, I was never not in the cul de sac or by Hags Drop with Sam and his mates. In fact, for me, there are more imbued elements of Yann Mantel’s, Life Of Pi in terms of surreal reality. There is no mistaking the premise of this
Post a Comment
Read more
More posts