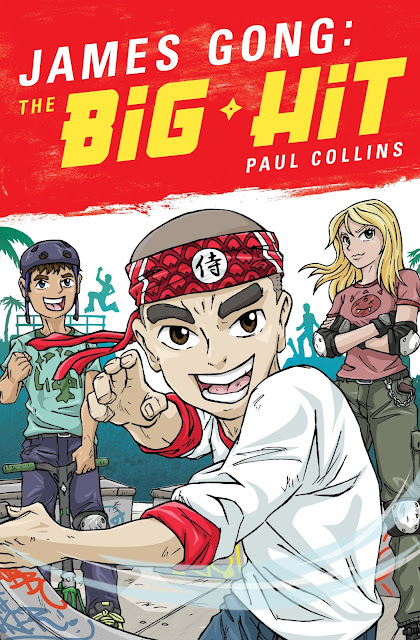 This is so not my genre but the eye-snagging cover and jazzy back cover blurb hooked me as solidly as a jumping spinning side kick so I found myself spending some unexpected quality time with James Gong , Paul Collin's latest middle grade fiction offering. It does not take long to settle into James Gong's high energy world. Edgy narrative and vibrant characters are driven by a seemingly implausible story line that evolves into a curiously involved teen tale. James Gong is a teen on the precipice of stardom. He's OK at school, has a sister whose bestie seems bent on giving him nosebleeds, and two best mates, Jay and Ethan, who keep his fourteen-year-old world balanced. He is also pretty hot at taekwondo despite a slightly goofy veneer and shaved head. James' prowess on the training floor means he is just a few poomse routines away from earning his black belt, but his reckless and uncontrolled rouge behaviour is not enough to convince Mr Choi, his martial art
2 comments
Read more
More posts